Carl Wulff - The Inside Story 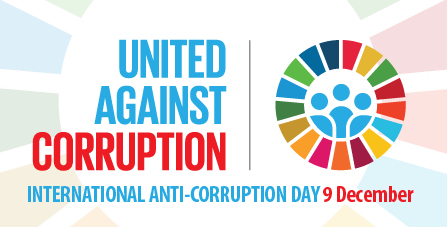 International Anti-Corruption Day is celebrated each year on 9 December as an initiative of the United Nations. The UN message of ‘United against Corruption’ reinforces that preventing corruption is everyone’s responsibility.

To mark International Anti-Corruption Day on 9 December 2019, the Crime and Corruption Commission (CCC) released a video that dramatically demonstrates how becoming involved in corruption can impact your life. To many people, corruption can be an intangible concept, hard to identify or relate to, but this person’s story proves that its impacts are real and devastating.

In October 2016, the CCC commenced Operation Windage to investigate allegations of corruption related to Ipswich City Council. It ultimately led to more than 80 criminal charges against individuals connected to the Council, up to the most senior levels of the organisation.

On 15 February 2019, former Ipswich City Council CEO, Carl Wulff, pleaded guilty to two counts of official corruption and one count of attempting to pervert the course of justice. He was sentenced to five years imprisonment, to be suspended after 20 months.

Prior to his sentencing, Mr Wulff approached the CCC with an offer to describe in detail his experience of being charged and convicted of official corruption and the devastating impact this had on his life. The CCC accepted his offer and the resulting video, Carl Wulff – The Inside Story, was filmed inside Arthur Gorrie Correctional Centre in early February 2019 while he was on remand, awaiting sentencing.

Carl Wulff had no previous criminal history. On the contrary, he had had a long and well-regarded career in local government.

In this video, he details the impact on himself, his family, his finances and how much becoming involved in corruption has cost him. Carl Wulff offered to record the video so that others could learn from his mistakes. As he found out, taking corrupt payments was not a solution to his problems – in fact, it was just the beginning of them.

Carl Wulff - The Inside Story is a powerful corruption prevention tool.

The full 20-minute version and a condensed 7-minute version of the video are available below. The videos have closed captions incorporated via YouTube if they are required.

You can watch Carl Wulff - The Inside Story below.

The CCC issued a media release to coincide with International Anti-Corruption Day 2019 and the release of the video, Carl Wulff - The Inside Story.

Make a complaint of corrupt conduct or police misconduct

On 17 October 2016, the CCC commenced a corruption investigation, Operation Windage.